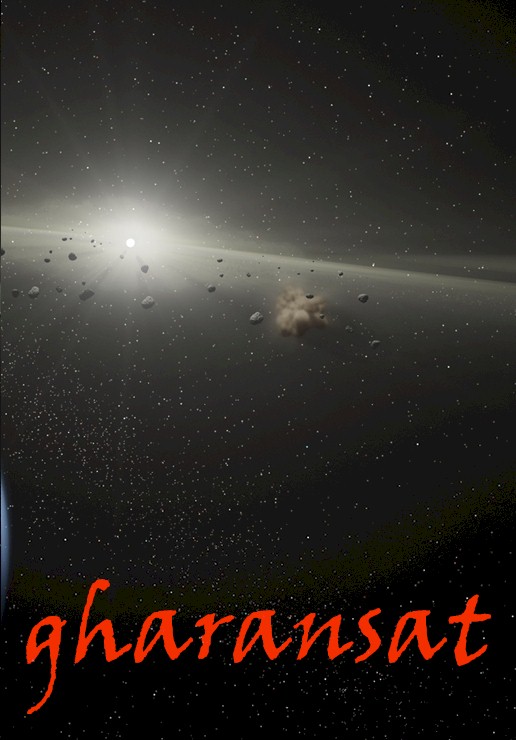 Voxbox calls and voice conversations were frowned upon during Shammoth. As a measure of compromise, the Gvotian god Osbakh had blessed the Gvot with text messaging.

Stevic's Voxbox vibrated in his robe pocket as he prayed and nodded his head in affirmation.

"Gharansat." One word, from Khirpak, only one meaning. "Protect Nagas".

Stevic quickly negotiated a call back with Osbakh and sent a different codeword via Voxbox to Copernicus Rade Nagas.

Unlike Osbakh, Nagas gave the courtesy of a reply.

Each night Nagas slept in a different tent. Most nights Stevic had no idea which one. This night was one of those nights, and Nagas' reply told Stevic where to meet him.

Stevic was glad the rendezvous point was near the farthest wall of Inner Gvotia. Clearly the timing and nature of the incursion had sharpened Nagas' instincts to go to ground.

Nagas had picked that wall & sector for another reason. It was outside the storage locker where he kept a cache of made-in-Melea fully automatic 9mms.

On Earth, Stevic & Nagas had lived the high life in Washington, D.C. It was there Nagas had purchased the weapons.

It had seemed prudent enough at the time. Now, with the general Gvot population armed with single-shot rifles, and given the L5 Core walls were two feet thick, a couple of crates of these puppies seemed downright inspired.

When Nagas opened the crate for the amazed Stevic, broad grins spread across both men's faces.

The sound of thirty-six pairs of goon-boots coming down a ramp will do that to people, wipe the smiles from their faces.